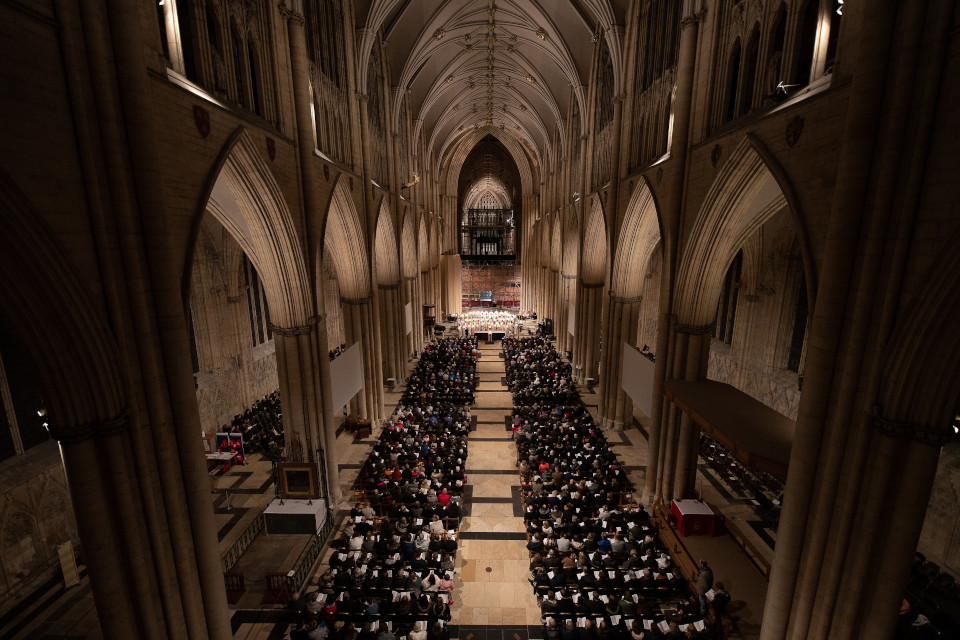 The Sankta Lucia Festival of Light has been celebrated in York Minster since 2013 through a partnership between the Chapter of York and the York Anglo-Scandinavian Society.

The York Anglo-Scandinavian Society (YASS) brings together people from York and the surrounding area with an interest in Scandinavia. Its members – British and Scandinavian – regularly meet for talks, covering aspects of Scandinavian/Nordic life, language, culture or history. The Society also organizes social events, such as the special Midsummer and Christmas celebrations, and country walks. There are two reading circles for speakers of Swedish and Danish.

YASS is affiliated with the Confederation of Scandinavian Societies in Great Britain (CoScan), which is working to link and support Scandinavian organisations. The CoScan Trust Fund receives a substantial portion of the donations given at the Sankta Lucia service in York Minster and helps young British people to travel to the Nordic countries for education projects.

Support is given by volunteers and through financial contributions from local, national and international organisations and companies. We acknowledge with thanks support given to the Sankta Lucia service in 2019 by IKEA Leeds, Senior Architectural Systems, Gear4Music and the Swedish Embassy.

In 2021 and 2022 the London Nordic Choir received generous and continuing support from the Anglo-Swedish Society in London, and welcome resources and support were also provided by York Minster and by the York Anglo-Scandinavian Society. As in previous years, YASS also received support from IKEA, Leeds.

In 2022 the Choir also received generous support from Lucia in York.